Why My New Romance Novel Got a Makeover 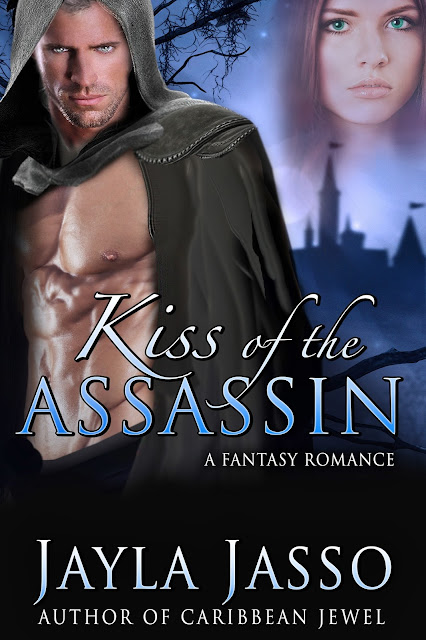 Okay, here's the scoop. I wrote a fantasy romance novel that I titled The Omaja Stone (a title I really liked) and had my graphic designer do a specially-designed cover. I had all these great ideas about how I wanted the images to look: put the heroine in the center, I told her, with the Omaja stone (a blue stone) on a cord around her neck. The hero is a twin, so put the twins on either side of her, one in the light and one in shadow, wearing their assassin armor and cloaks. Oh, and make the background kind of medieval and creepy looking. (Sounds cool, right?)

She designed it exactly as I had pictured it, and I was thrilled with the results. (Scroll down to see the original book cover.)

You hear a "but" coming, right?

The book has been out for two months, and its sales just haven't picked up like I was expecting, so I started reading books and watching webinars about launching novels, getting sales, getting reviews, etc. Eventually I ended up on Jim Kukral's Youtube channel, and watched this webinar about selling books on Amazon. Something he said hit me between the eyes: there should be no confusion at all with the title and cover of a book--people must instantly get it. The example he used was a theoretical book called "The Wake." From the title alone, he said, it's hard to tell what kind of book it is. Is it a thriller? Is it a book about people waking up? Is it about water and boats? He said that if people don't immediately understand as soon as they see the book, they move on, so his suggestion with a title like "The Wake" was to add a subtitle such as "A Thriller."

Anyway, as I took notes on his webinar, I realized that The Omaja Stone didn't look or sound like what it really is, a medieval fantasy romance novel, and that it probably wasn't attracting the eye of my target audience--mainstream historical romance fans.

So I started brainstorming more romance-y sounding titles and went back to my cover designer to rework the images, and she produced the awesome new Kiss of the Assassin cover you see above. And as much as I loved my old title and cover, I have to admit, if I were browsing on Amazon, I myself would be way more likely to buy the book above than the book below. And not because it isn't an attractive cover, but because I wouldn't be 100% sure what I was going to be reading.


So there you have it. I'm excited to see how the title and cover changes will affect sales. This is all a pretty fun experiment for me, learning how to publish and market my own books.