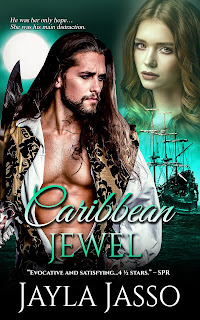 When Jolie's cloaked midnight rescuer turns out to be a sexy, blue-eyed Spanish pirate, she figures a long ocean voyage to freedom on his brigantine might not be the worst thing that could happen to a proper young Englishwoman.

Especially one who's been caught committing a crime, and needs an escape route, fast. 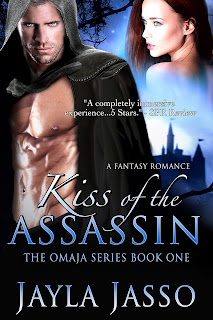 Kiss of the Assassin
Book 1 in The Omaja Series

When a magical stone mysteriously interjects itself into Jiandra's life, she knows she's the only one who can save her country and her queen. She needs to find an assassin before he strikes again, and bring him to justice so that Villeleia can stop quarantining the poor refugee population within its borders.

Problem is, she joins up with a tall, muscular Nandal along the way, and she's a little too distracted by his exotic silvery eyes to notice he's been tracking her with dangerous intentions.

"Jasso really knows how to set a scene – Kiss of the Assassin flows like a movie, but it’s hardly thin in description. The prose is a completely immersive experience." - Lysa Grant, SPR review, 5 stars 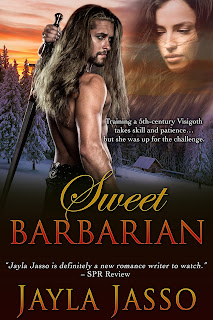 Wounded in battle and facing execution, Valamir makes a hasty pledge to a Druid priestess in exchange for a fast escape, not realizing he'd be sent 1500 years forward into the future.

Hibernating in her cozy cabin in Green Mountain Falls, Colorado during Christmas break, high school teacher Karly Draper isn't expecting any visitors. Especially not a 6-foot-6, muscle-bound, non-English-speaking barbarian with hypothermia. What could it hurt to take him in?

"Sweet Barbarian is an endearingly indulgent read with an imaginative premise, and more humor and sweetness than you might expect from a novel in this genre. With a few twists and a lot of exactly what the cover promises, this romantic fantasy is entertaining, funny, sexy, and fun." - Naka Jackson, SPR Review, 4 1/2 stars 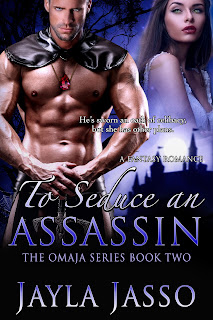 To Seduce An Assassin
Book 2 in The Omaja Series

Graciella Stovy set her heart on her sister's husband's twin brother Yavi when she was only fourteen and he barely knew she existed. Six years later, he's been named supreme emperor of Nandala and has become harder and wiser in the face of adversity. When Graciella gets her chance to visit her sister at the palace, she's determined to show Yavi she's not a child anymore, and win his troubled heart.

"From the very start of To Seduce an Assassin you realize you’re in the hands of an expert storyteller, as this is the kind of book that makes you forget that you’re reading...The book is full of adventure, political intrigue, paranormal encounters, steamy romance, and more, making it a true standout among romantic fantasy fiction." Lysa Grant, SPR, 5 Stars 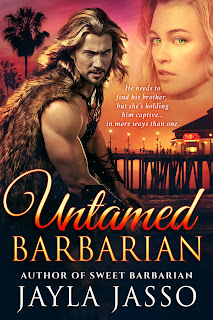 When Andaric escapes his execution and finds a way to follow his older brother Valamir to the future, he's arrested as the prime suspect in a serial murder case. Huntington Beach police psychologist Kaiya Martinez is assigned to evaluate the violent, aggressive, non-English-speaking suspect. She senses deep in her gut he's innocent of the murders, but she isn't sure if it's her renowned "sixth sense" at work, or her intense attraction to the amber-eyed, silent beast.


"A hot and gripping urban fantasy. This story plays out with sharp-tongued humor, character relationships readers will want to root for, and enough twists to hold anyone’s attention. Despite being a good length, the pages fly by, as the language is smooth and easy to follow throughout, and the story moves quickly. Untamed Barbarian is a deeply entertaining tale, penned by a writer who blurs the edge of fantasy and modern romance in an irresistibly charming way." - SPR